For Windows games, the most straightforward approach is to check the properties of the game EXE, however, this doesn't give the actual Unity build version.

For macOS games, the Unity build version may appear on the app's info, but this can be customized by the developer to show their own information and sometimes the 'version' isn't even a correct version.

The universal way that I use that works for all Unity games including iOS and Android is to use the Unity Assets Bundle Extractor:

I was building a new webapp and realize that somehow that there is a _dd_s cookie being injected. Then I realize that this cookie is still injected on blank websites such as https://example.com and feared that it might be Chrome extension malware... plus the cookie isn't injected
Host machine is macOS 11.4 and the latest and tested software versions as of the time of writing: * Parallels Desktop version 16.5.0 (49183) * VMware Fusion version 12.1.2 (17964953) Parallels and VMware don't know how to handle the new Install macOS 12 Beta.app, workaround is 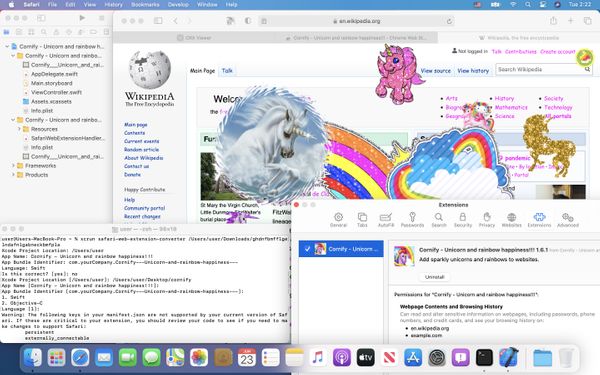 Safari 14 now supports WebExtensions, in addition to Safari App Extensions and after killing off Legacy Safari Extensions (.safariextz) The official guides provided by Apple (a bit buried): https://developer.apple.com/documentation/safariservices/safari_web_extensions A couple of notes: * Safari's WebExtensions implementation isn't feature-parity (and they most likely